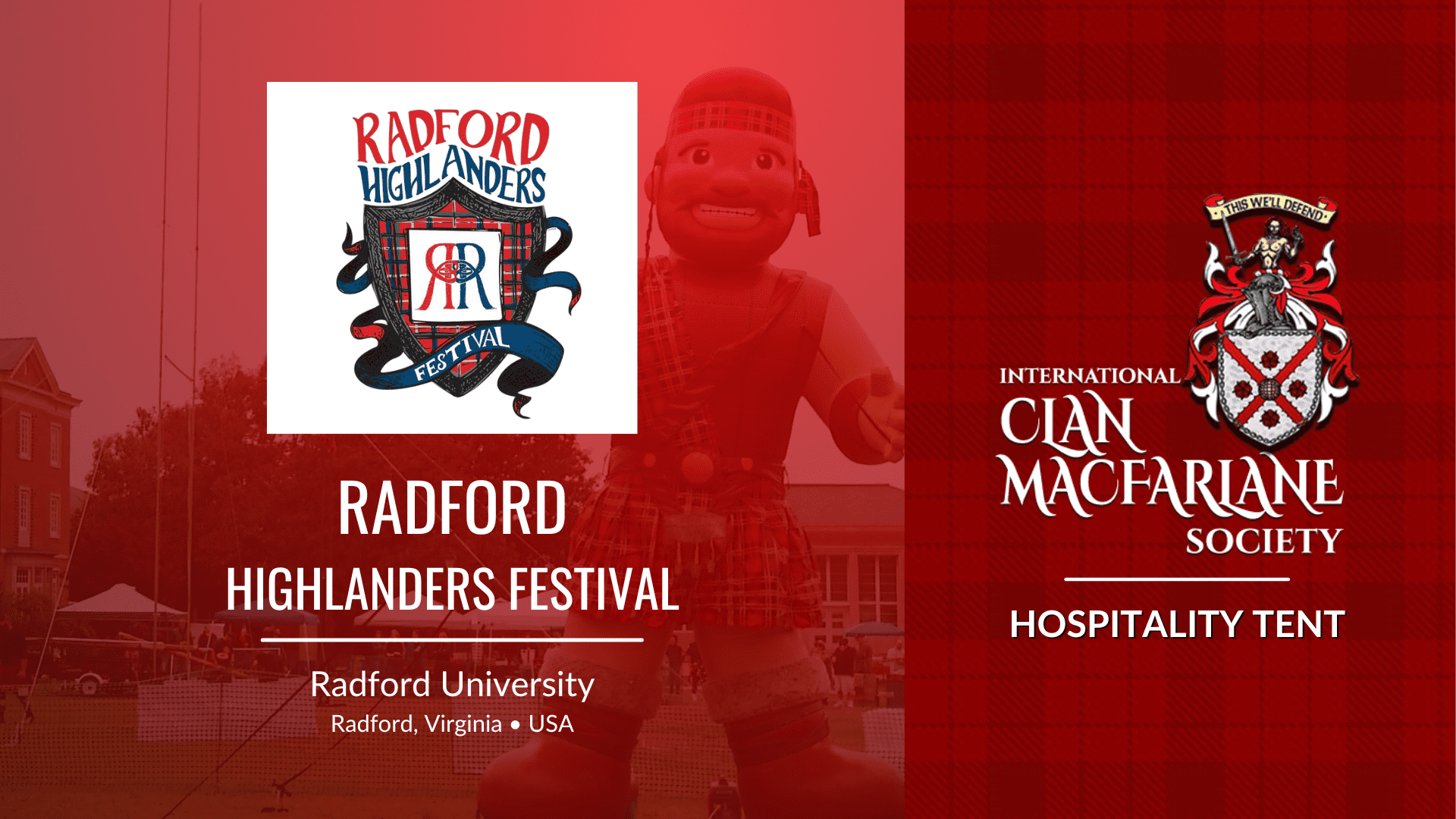 at the 25th Annual Radford University Highlander Festival in Radford, Virginia, USA. The International Clan MacFarlane Society will host a hospitality tent located in the Clans area of the event. The tent will be hosted by Katelyn McFarland, ICMS Commissioner for Virginia.

The Radford University Highlander mascot is a MacFarlane!

ABOUT THE RADFORD HIGHLANDER FESTIVAL

The Radford Highlanders Festival 2022 is back and scheduled for Oct. 8, 2022 and features:

The festival is a partnership between Radford University and the City of Radford, VA.

Whether a family’s background is of Scots-Irish origin or of other descent, the day always brings with it an air of excitement and anticipation. There is no place more beautiful than Southwest Virginia in the fall and the Blue Ridge Mountains provide a beautiful back-drop for the fall festival.

The festival is open to the general public with free admission.

The Radford Highlanders Festival has grown into one of the most popular tourist destinations in the region.

The festival began in the mid-1990s with an approximate crowd of 3,000. Over the past 25 years, the festival has more than tripled in size, and now attracts an estimated crowd of 10,000 people. Whether a family’s background is of Scots-Irish origin or of other descent, the day always brings with it an air of excitement and anticipation. There is no place more beautiful than Southwest Virginia in autumn and the Blue Ridge Mountains provide a beautiful back-drop for the fall festival.

Each year, the Radford Highlanders Festival brings in several musical acts for your listening pleasure! 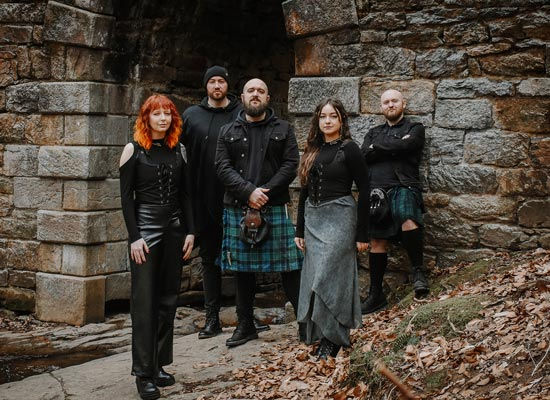 SYR (sire) is a Celtic Folk Rock band from Columbia, SC. Taking inspiration from Celtic history, stories and myth, SYR creates powerful songs with themes of battle, love and victory, celebrating the rich heritage of the Celtic Nations in a contemporary style with broad audience appeal. SYR’s reputation for a high-energy performance has made them a popular attraction for many Celtic festivals and events, building a following across the US and internationally. Their much anticipated third album releases this year. The band consists of siblings Kyle (lead vocals, guitar) and Laurel MacCallum (vocals & percussion), Kelly Vance (bass), Luis Valverde (drums), Ben Campbell (guitar) and Worth Lewallen (fiddle).

Today, Pennsylvania-based House of Hamill is a fixture on festival stages across the US, and have shared their music and stories on the country’s premier folk stages. Their version of “Pound a Week Rise” rose to #1 on the US Folk DJ charts, and the video for their all-violin cover of “Sweet Child O’ Mine” amassed over 16 million views on Facebook, where it was shared over 400,000 times. Their latest release, “Folk Hero,” captures perfectly the frenetic energy and eclecticism of their always engaging live show. A lively collection of original instrumentals, reimagined folk ballads, and new songs that showcase the trio’s versatility, “Folk Hero” is the third House of Hamill album to be funded entirely by their fans. Whether they’re ripping through a set of original jigs and reels, adding lush three-part harmonies into traditional folk ballads, or cracking up an audience with stories from the road, House of Hamill puts on a show that captivates audiences from the very first note.