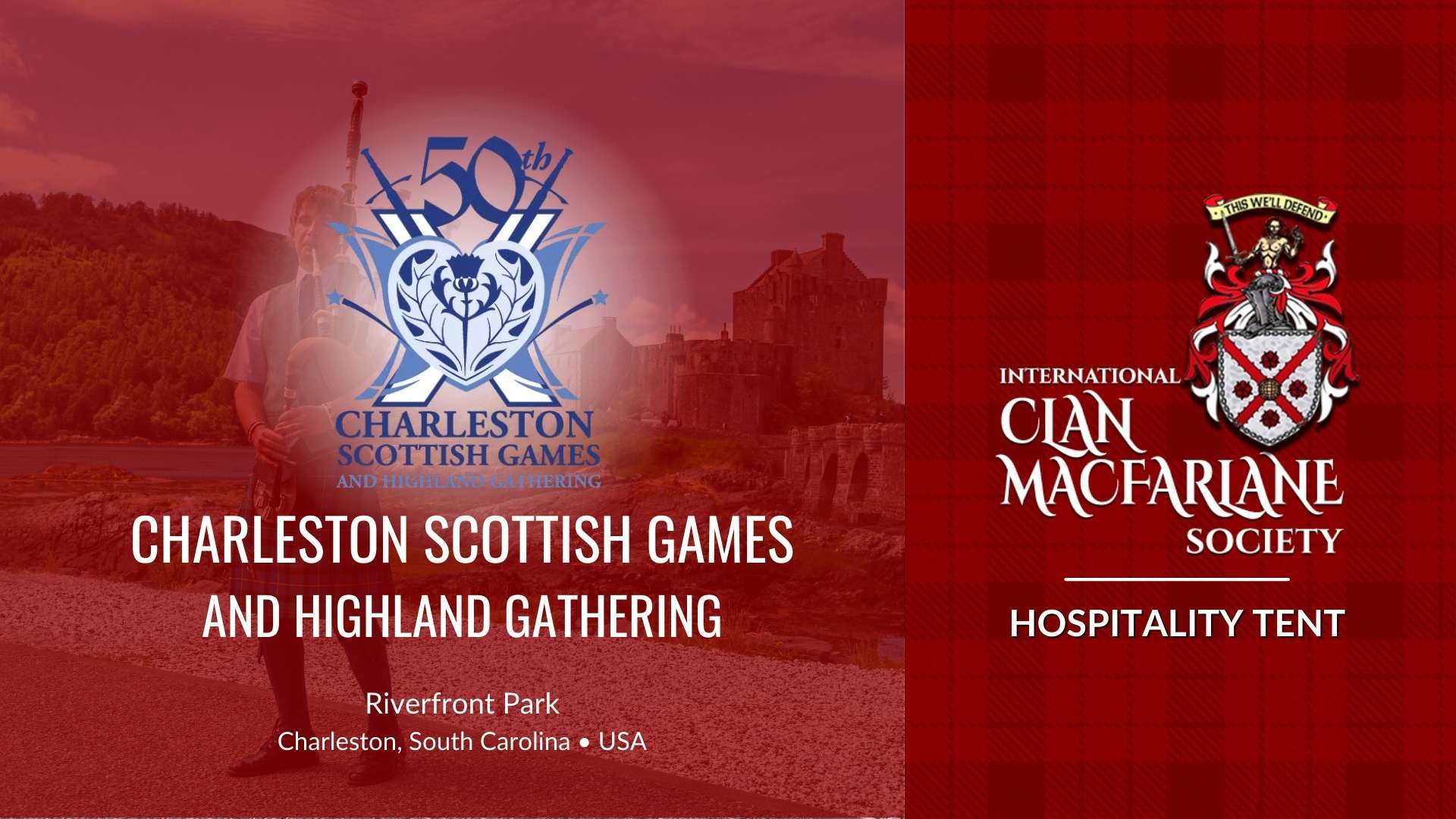 at the 50th Annual Charleston Scottish Games And Highland Gathering in Charleston, South Carolina, USA. The International Clan MacFarlane Society will host a hospitality tent located in the Clans area of the event. The tent will be hosted by Debbie McFarland Webb, ICMS Commissioner for the Carolinas.

ABOUT THE CHARLESTON SCOTTISH GAMES AND HIGHLAND GATHERING

With its inaugural event in 1971, the Charleston Scottish Games & Highland Gathering is the second oldest event of its kind in the southeast. Drawing visitors from around the country and abroad, the Games brings in over 8,000 guests, immersing visitors in Scottish heritage and history.

The Scottish people have made a large impact on South Carolina, helping it to become the state it is today. From music and food, to political and scientific contributions, Scottish heritage is something to be celebrated and promoted in modern life. The Charleston Scottish Games and Highland Gathering is on a mission to do just that. The Games showcases Scottish traditions, culture, and history in a fun and interactive way for people all over the world.

The 50th Annual Charleston Scottish Games and Highland Gathering will be held November 6th at beautiful Riverfront Park in North Charleston, SC at the old US Naval Base.

Riverfront Park is open to the public year-round and has become a favorite destination for residents and visitors. Set on the banks of the beautiful Cooper River, the park is adjacent to the historic homes once occupied by Naval officers who were stationed on the Charleston Naval Base, surrounded by graceful grand oak trees and peaceful river vistas. Bordered by Noisette Creek, the park boasts a magnificent contemporary Performance Pavilion and meadow.

Riverfront Park is home to the Greater Charleston Naval Base Memorial, erected in honor of the countless military personnel and civilians that served the United States and the Greater Charleston region while the Charleston Navy Base was operational. The Memorial is the only location in the United States that displays both the Lone Sailor and the Homecoming statues. Riverfront Park is also the location of North Charleston’s Annual National Outdoor Sculpture Competition and Exhibition. A component of the North Charleston Arts Festival, the Competition and Exhibition features large-scale contemporary sculptures on display throughout the year.